As the WYND project seeks to encourage sustainability and long-term commitment, we will be using vesting plans on almost all the genesis tokens (except for a small amount of liquidity immediately available by the Foundation to bootstrap the AMM Pools). This design is based on the standard Cosmos SDK vesting account, but we implemented this as part of a cw20 contract, as the above only works with native tokens.

While researching this design, we discovered that we are not the only project to provide vesting on the airdrops, and Asset Mantle is using a similar approach: 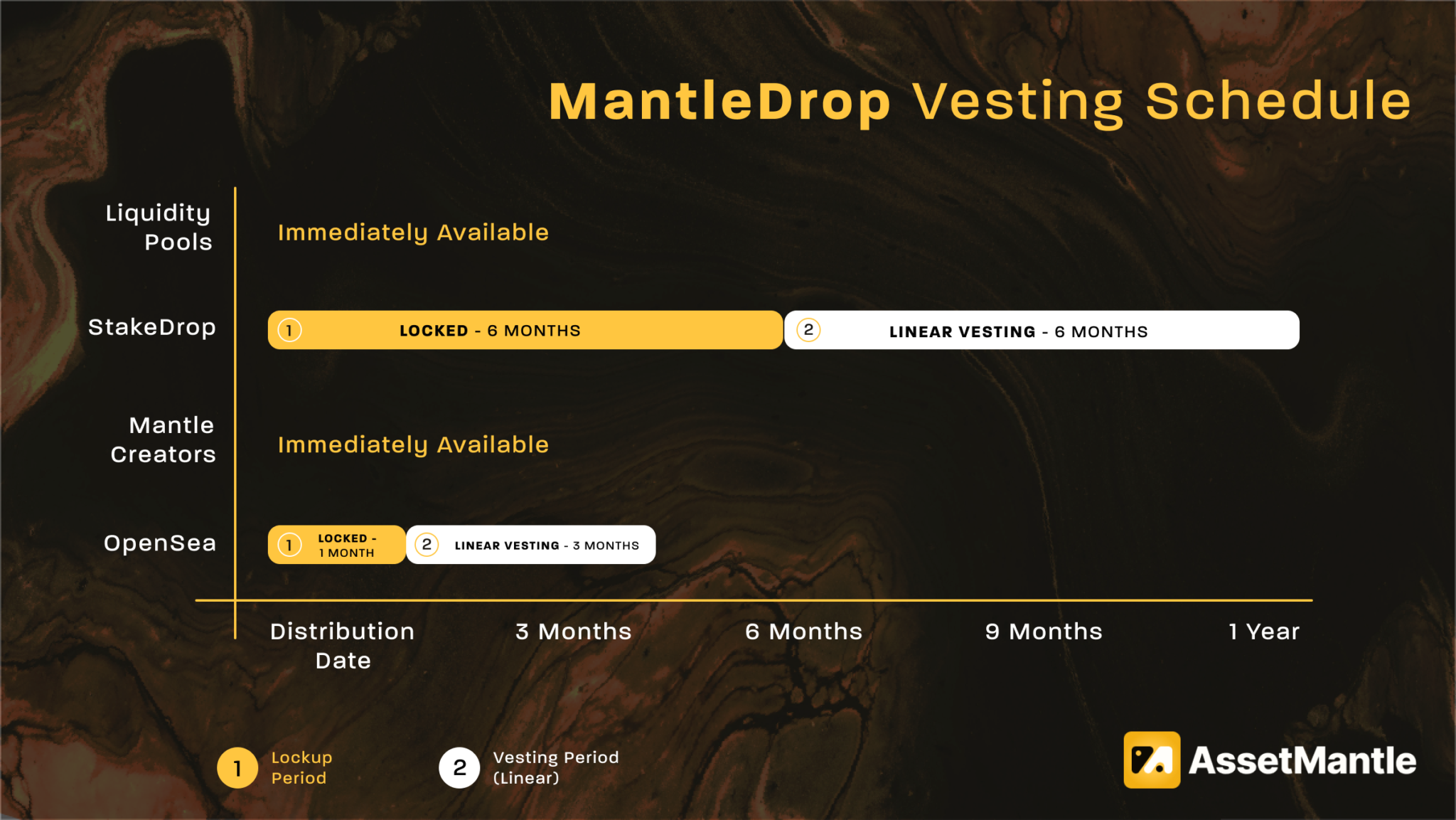 The basic approach would be a linear vesting curve. This has a start date and an end date and an initial amount. Up until the start date, the entire amount is vesting; after the end date, zero tokens are vesting; between those periods, the number decreases linearly, so after 25% of the time between start and end, 25% of the tokens have vested (are unlocked).

We believe the first 6 months are going to be pivotal for the protocol and prove the value of holding $WYND for the longer term, so we would like to vest a bit slower in the initial region. For that purpose, we plan to use a “piecewise linear” vesting curve, using the same math as Aave interest rates.

Basically the idea is we target 25% vested after 6 months. That means it increases linearly (a bit slower) for the first 6 months, and then a faster linear vesting for the next 6 months. After 25% of the time, only 12.5% will be vested, but after 75% of the time, 62.5% will have been vested.

Given the market’s extreme volatility as we launch, and as we want to focus on long-term holders, dissuading people who claim and dump in a panic to cover their other losses, no airdrop tokens will be liquid until September 1, 2022. The airdrop will be closed, and the foundation will seed a sufficiently liquid pool on a Cosmos Dex.

All airdrop tokens will be subject to the same vesting rate. This is the piecewise linear curve above. The liquid tokens will range from 0 on September 1, 2022, to 25% of the airdrop claim on March 1, 2023. After that time, the WYND DAO should have established solid use-cases and market, and we speed up the vesting by a factor of 3, such that the entire airdrop claim is fully liquid by September 1, 2023.

The core team will have the same curve but be delayed by two months to ensure they cannot swamp the early liquidity. They will vest the first 25% between November 1, 2022, and May 1, 2023. And fully vest by November 1, 2023.

25% of the tokens will be initially liquid for the foundation and used to seed liquidity on a Dex. The remaining 75% will be subject to a vesting period. This will be a three-year linear vesting period, releasing 25% of their allocation each year. This ensures the foundation spreads the grant funding over more extended periods.

It is the intention that the foundation holds the tokens much longer than strictly necessary, but the vesting curve can provide some investor security on total supply.